Friends and Crisis: Dos and Don’ts

Friends and Crisis: Dos and Don’ts 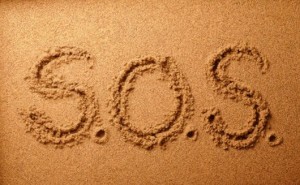 You never really appreciate a life of normality until crisis hits. Our family has been through a number of things lately: a death, a major medical issue, and close friends having their own crisis. It is amazing how it seems that high profile events bring out people’s true social skills.

I learned through experience what not to say when someone is in crisis. It was several years ago. I heard that a friend of mine’s parents had got divorced. I was close to my friend, but not to his parents. During a large festival in our town, I ran into the mom and said, “I’m so sorry to hear about you and _______.” It seemed to be the right thing to say. She broke down crying in the middle of the festival.

I felt terrible, I didn’t know how to leave, and I regretted saying anything. After that I was fairly gun-shy. When I heard that people had a miscarriage, death, or sickness, I didn’t know what to say. So I just watched from a distance. Now that I am going through my own experiences, I feel that I have an understanding of what has worked and not worked for me.

Make or bring food. It allows the family to focus on one another, rather than shopping, cooking, and cleaning.

Try and make something they can freeze or bring it frozen. If others are bringing food they can pull it out when the time works for them.

If you can, use things you don’t need back like Tupperware, something disposable, or a pan you don’t care about. Tell them, “Don’t worry about getting the pan back to me.”

Don’t expect to hang out with the family long.

Don’t just show up, call and ask if there is a convenient time.

Empathize with the family. Our friends that have said, “That must be hell” “I can’t imagine going through that” and “When will the universe stop shi**ing on the Sanok’s?” have been some of the most helpful comments. It makes us feel less crazy, like our feelings are normal.

Let the family or person do the talking. Saying, “If you don’t feel like talking about it, that’s ok, but how are you doing?” This is helpful because it is nice to be given permission to blow someone off and stay quiet, yet invited to talk.

Don’t offer suggestions unless you are asked. If people are dealing with medical issues, they probably are consulting with the doctors. If they are going through a death, their closest friends will probably know what/when to suggest therapy. In general, suggestions make people feel like you want to solve their problems and make them move through their grief, rather than be with them.

Expect that your relationship will be different for a while. They may see you more or less. They may want to sit at home and drink beer. Who knows how they will react? They may not want to talk. Realize that people handle crisis very differently and the way they react can differ too. The best thing for you to do is to carry the relationship for the both of you during this time.

Don’t get offended when they focus on something other than your relationship. If you do get offended, don’t show it. Months later if it is still bothering you, you can talk with that person. People don’t need to think about the dynamics of your relationship as well as their crisis.

Don’t worry about spending too much or too little time with them. Ask them if it would be helpful to come over. Most people will tell you what works if you ask in a direct way.

Don’t say, “Call us if you need anything.” Say something more specific like, “Would it be helpful if we had you over for dinner? We’d love to have you, but you can totally say ‘no’.” Sometimes what people need is awkward to ask for like a gas card. Rather than ask, “What do you need?” say something like, “Here’s a gas card/meal/hug if it would help.” By giving the person an out and being specific, it helps to give them the power and control, when life seems out of control.

Depending on which side of the crisis you are (going through it or supporting through it) everyone should realize that you are lucky to have one another. As someone going through life issues, I am so thankful for people saying and doing something, even if they fumble through it. Despite the missteps some have taken, we have realized that it is all done out of love and care for us, which is absolutely wonderful to have in our life.

I would much rather have someone awkwardly try and console me, than to remain quiet out of fear…and then go through a crisis alone. Even if you don’t do all the “dos” or you accidentally do some of the “don’ts” it is ok. Just do your best.

Joseph R. Sanok, MA, LLP, LPC, NCC is a counselor, therapist, psychologist, and overall helper of people in Traverse City, MI. He has professional experience working with Community Mental Health, residential facilities, foster care, and private practice. As well, he is the author of the book “Practice of the Practice: Basics for Launching Your Private Practice” due to be released in June 2012. He is a frequent speaker and writer locally in Traverse City, Michigan, and nationally.